A few days ago, a friend of mine told me he uses half the space in his blog to complain about things.  Apparently one of the side benefits of running a blog is that you get a chance to rant once in awhile (who knew?) so I started making a list of things that generally irritate me: self-proclaimed wine experts, celebrity couples, seven dollar pints of beer, and people who let their dogs poop in my yard being in my all-time Top 10.  Also in my Top 10 are dumb marketing campaigns—the intelligence insulting, mind numbing, horribly bad ones that clarify exactly why so many people in this world ‘used to’ work for ad agencies.  Every year there are a few campaigns which stand out, and for some reason 2008 offered more than its share of clunkers.

I apologize in advance to those of you who are looking for small company-related content in this post, but every once in awhile I have to mix it up a bit.  With this in mind, my nominations for The 5 Dumbest Marketing Campaigns of 2008 are:

It’s heartwarming to know that even in tough economic times, marketing professionals at Lexus are still trying to convince people that giving luxury cars at Christmas isn’t as arrogant and pretentious as it sounds.  We all owe Lexus a great big thank you for dragging America kicking and screaming back to the ideals of the 1980s.

For those of you who haven’t heard of this relatively new franchise, the company has basically copied the business model of a kids’ haircut place, with one change—the televisions at each haircut station show sporting events instead of Shrek 3.  Did society need one more way to perpetuate the rumor that men can’t be away from a television for more than 30 minutes?  The banner ad on the Sport Clips Home Page says it all.

#3: Jared the Galleria of Jewelry: He Went Where?

Much like our friends at Lexus, Jared the Galleria of Jewelry is claiming that greed and shallowness are good . . . this time by getting men to believe that giving a woman one-carat diamond earrings on a date will make her parents and friends scream ’he went to Jared’ instead of ‘restraining order.’  Well played.

As a career marketing professional, I have no problem when companies have a little fun with their TV commercials and radio spots from time to time.  But if people really make their wedding cakes out of Chicken McNuggets, the world is better off NOT knowing about it.

I hate to pick on Mother Microsoft (I am still a proud PC user) but the company’s 2008 “I’m a PC” campaign was a complete disaster. Not only was it too little and WAY too late, but the TV spots should have been shown with a crawler at the bottom of the screen that proclaimed “Mac is stealing too much market share . . . we HAD to do SOMETHING, right?” I get the sense Bill Gates wrote the script for these commercials himself.

The Importance of Blogs for Small Company Web Traffic

The Most Alarming Trend in Small Business 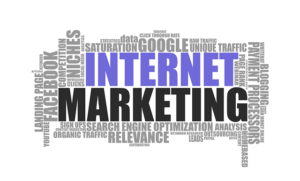