Below is Part I of a two-part interview with Bhupendra Khanal, Founder and CEO of InRev—developers of Buzzom.  Buzzom is one of the fastest-growing Twitter Account Management tools in the industry, and was recently featured in PC World’s list of Top 5 Twitter Ranking applications, as well as in a recent article in Forbes Magazine.  Although he runs a company in one of the most dynamic industries in the world, Bhupendra was kind enough to share his time with Eric Rudolf, a career Internet Marketing professional and owner of THEsmallCOMPANYBLOG.

Retweets of this article using the button above are very much appreciated, and any questions regarding this interview may be directed to eric@thesmallcompanyblog.com.

THE INTERVIEW: QUESTIONS 1 THRU 5

Eric: Many of my readers are looking for inspiration and guidance as they manage their own small companies.  How did Buzzom grow from just an idea, to one of more popular social marketing tools in use today? Was it hard work, luck, or a little bit of both?

Bhupendra: Actually, it was a mix of several factors. Of course hard work and luck were necessary, but our main strengths as a company are continuous innovation and an iterative building process.  I think it is also important to note that Buzzom was first to introduce several new concepts to the Twitter world—including Twitter Lists, Cross-Following functionality, and a search-based “Grow Your Followers” feature.

Also, at Buzzom we never worry about competition copying our idea. We simply release new features every 2 to 3 weeks, test them in the marketplace, then built on them.

Eric: With all of the changes occurring in the Social Networking industry, managing a company “right in the middle of it all” must get chaotic at times.  How do you keep up with this market and its constantly changing demands?

Bhupendra: Social Media is all about listening, and at Buzzom we listen with an open mind.  This allows us to always be on top of the market when it comes to changing demands.  Our employees are power users in Twitter, Facebook, LinkedIn, Orkut, StumbleUpon and Digg.  And, we are always on the lookout for new networks as well.

Buzzom originally started as a Twitter Account Manager, and is now a complete suite with both corporate and general versions. Feed Management in Buzzom also allows posting to Facebook, and we are exploring the integration with other social media and bookmarking sites.

Eric: Of the dozens of features your software offers, which ones do you believe distinguish your system from other social automation tools on the market?

Bhupendra: Buzzom is an analytics-powered system, which allows us to optimize a number of our features.  For example, our “Grow Your Followers” feature provides users with people who are statistically likely to follow back, using a proprietary business rules engine.  If I have to name one feature, I believe our Feed Management is absolutely market-leading.  No other system offers the ability to cover more than one time zone, and we also provide better tracking than any of our competitors by using the personalized URL tracking of NXY, our URL shortener.

Eric: As a small company blogger, I interact with people every day who still manage their corporate social networking efforts by hand. Why do you believe there is still resistance among marketers to leverage automated social networking tools?

Bhupendra: As surprising as this may sound, I believe it is ALWAYS best to manage your social networking by hand, if you can.  I don’t suggest anyone to use a tool for something they can do themselves.  But that said, there are certain human limitations which we obviously can’t ignore, and time is one of them.  I like to compare the use of Buzzom for Twitter to using a bicycle—you can always run if you have to, but sometimes it’s just smarter and more efficient to use a bike.

Eric: Which Buzzom features do you believe could make the most significant positive impact in a small company’s social marketing efforts?

Bhupendra: Definitely People Search.  People Search is a function small companies can use to find others who are talking about their brand.  Unlike Twitter Search that simply feeds you the tweets that mention a defined keyword, Buzzom’s People Search actually provides the entire list of people who have mentioned the word.  Our system also allows you to filter the People Search by Bio, Name and Location using content matching.

And our proprietary Intelligent Match Table allows us to generate search results that other systems can’t, using data that isn’t necessarily there—for example, determining from the bio or location what state or country someone belongs to (San Diego would mean California, US).  We have put a huge amount of internal effort into People Search, and into our Buzzom Premium application as a whole, and I am happy to say that our users love it.

Retweets of this article using the button at the beginning of the post are very much appreciated.  Also, no part of this article may be reproduced, reposted or republished for any reason, with written permission from Eric Rudolf at THEsmallCOMPANYBLOG.  To request written permission, please email Eric directly.  To Read Part 2 of this Interview, Please Follow this Link. 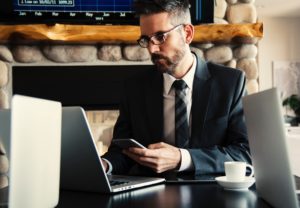 3 Tips for Finding (and Getting) a Small Company Job 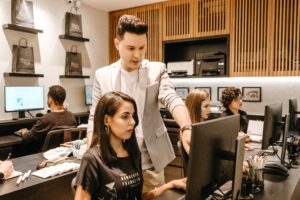 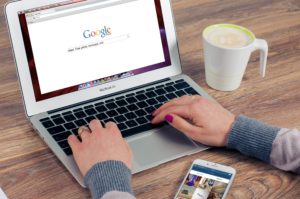