I am a firm believer that every person in this world has at least one vice.  No matter who you are, where you live or what you believe in, there is a moral weakness out there with your name engraved on it.  Mine, as made quite obvious by the title of this post, is Reality TV—the creative, chaotic, and sometimes violent shows that force participants to display the not-so-attractive side of themselves on a worldwide stage.

With the above in mind, to follow are seven (7) reality TV shows I believe are under-watched, under-marketed and under-appreciated by viewing audiences across the globe.  If you agree or disagree with anything in this article, please feel free to let me know by posting a comment.

Hosted by former Queer Eye favorite Ted Allen, the concept of this show is simple: experienced chefs are given 30 minutes to create a single course (appetizer, entree or dessert) out of a basket of mystery ingredients.  But on this show, the mystery ingredients are seemingly selected at random, and include things like live sea urchin, gummy bears, collard greens and string cheese.  Minus the panel of judges who treat each contestant like they’re interviewing for the Nobel Prize (could food people PLEASE stop taking themselves so seriously?) this show is the ‘MacGyver‘ of reality TV, and definitely worth the investment of your time.

If you ever wondered what happened to all of those people who took out 80/20 loans with variable rate ARMS and used their houses as ATMs, there is good news: now you can find out.  In fact, if you have cable you can watch real estate expert Mike Aubrey deliver the un-sugar coated and financially devastating bad news to homeowners from the comfort of your living room sofa.  Real Estate Intervention is basically a ’scared straight’ for homeowners flirting with negative equity, and HGTV deserves a great deal of credit for stepping up to show the darker side of the real estate market.  Unfortunately, despite its extremely high entertainment value, this show has come too late to make any sort of positive impact.

What do you get when you lock sixteen wannabe cage fighters in a Las Vegas mansion with an unlimited supply of booze and energy drink?  Broken glass, a swimming pool full of furniture, and tons of ass-kicking—wrapped in a surprisingly compelling story line.  If you like to watch underdogs win and nice guys punch bullies in the face, this is definitely the reality show you’ve been waiting for.  As an added bonus, The Ultimate Fighter is a GREAT show for couples.  While the guys enjoy the fighting, their female companions can watch an entire hour of muscular, square-jawed bad boys working out in micro-shorts.  I believe this is called a “win-win.”

Featuring the publisher of UFO Magazine Bill Birnes, the show follows Bill and a team of researchers (not all of whom are believers) around the world as they investigate recent and historically significant UFO incidents.  Although much of the evidence they collect and analyze is compelling, there is unfortunately never enough to prove or disprove anything.  That said, watching Bill blame various UFO phenomena on alien-human hybrids while world-renowned scientists roll their eyes is the equivalent of entertainment gold.

Who else but world-famous chef Gordon Ramsey could get away with firing an undercooked Filet Mignon point-blank into someones chest while dropping multiple f-bombs and putting his foot thru a food service garbage can?  After nearly 10 full seasons, I still laugh every time I hear Ramsey call an aspiring restauranteur a ‘donkey’ or a ‘donut,’ but continue to be surprised by how few people actually watch Hell’s Kitchen on a regular basis.  If Gordon wasn’t the star of the show I might consider watching Top Chef on Bravo, but he is . . . so I won’t.

To Catch a Predator (MSNBC)

Since its move to MSNBC, this show seems to have lost a significant number of viewers.  But does watching the police cuff-and-stuff dirtbags who take advantage of children really EVER get old?  Of course not.  I’m hoping the Producers at MSNBC take my advice and move the show to pay-per-view, so the police will have more freedom to beat up the offenders before they arrest them.  Host Chris Hansen may be a bit slimy, but it’s comforting to know that someone is putting these scumbags away—even if it means making boatloads of money while doing it.

Unless they live in Texas, the mystique of the Dallas Cowboy Cheerleaders usually wears off for boys some time around 7th Grade, when they finally figure out exactly what is underneath those blue blouses and white micro-shorts.  But this show is intriguing for men and women of all ages, primarily because it takes the struggles of young women and image to previously unreached levels.  If you don’t have time to add this show to your TV rotation, allow me to summarize Season 2: grizzled, over-botoxed uber-cougars telling young women they’re fat, ugly and untalented.  This MUST be why they call the Dallas Cowboys “America’s Team.”

Disagree with anything in this article?  Think I missed one of your favorite Reality TV shows?  Feel free to reply to this post.  Also, please keep in mind that social bookmarks are currency here, so please Retweet, Digg or Stumble this article if you enjoyed it.  Or, you may take a moment to visit one of my Google ad sponsor sites.  Thank you.

NOTE TO READERS: A few months back I wrote and posted an article titled 7 Reasons Why I Suck at Blogging, and What I’m Going to Do About It.  One of the promises I made to my readers in this article was to stray from my small company roots and write something fun once in awhile.  This post is a direct result of that promise. 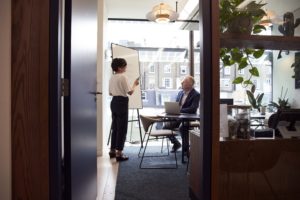 The Danger of Relying on Vendors and Consultants 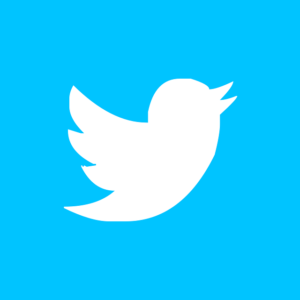 Real-World Benefits of Twitter for Small Companies: Part I 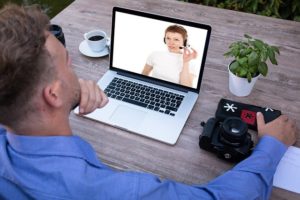 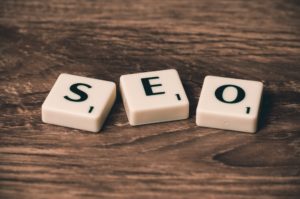