More than any other social networking site in worldwide use today, Twitter owes a significant portion of its recent growth to pyramid schemes, egocentric celebrities, get-rich-quick gurus, and kids from Amsterdam with nothing better to do than collect thousands of new followers per week.  While these people continue to tie up Twitter’s bandwidth by posting 140-character brain farts in rapid succession, my focus continues to be on the business side—specifically, whether or not a small company can use this revolutionary (and easy-to-use) microblogging technology to drive interest, increase marketing effectiveness, manage projects, and decrease operating expenses.

Over the last few months I have spent countless hours researching and experimenting with Twitter in an effort to answer one simple question: “Can this technology be used to make a positive impact—financial or otherwise—on a small company?“  This post will act as Part I in a series of posts (I estimate at least five total) focusing on real-world, results-driven uses for Twitter by small companies.  As with all posts at THEsmallCOMPANYBLOG.com, please feel free to linkback or pingback to it—giving proper credit, of course.  If you would like to use the content of this post in its entirety on your website, please email me directly at eric@thesmallcompanyblog.com . . . and ask nicely.

Real-World Twitter Benefit #1: It Can Jump-Start Your Internal Database

Those of us who run or manage small companies understand the importance of building an internal opt-in database.  There are few things more valuable than the contact information of a potential customer who WANTS to hear from you.  But as of late, some of the more traditional list-building tactics like free downloads, online coupons and contests seem to be losing their luster.  If the recent economic downturn has caused your internal database to level off or even shrink, adding a Twitter feed to your marketing mix could be exactly what you need to start growing your contact list again.

First and foremost, starting a Twitter feed can allow your small company to reach previously unsolicited markets.  In the case of my website, until I joined Twitter (http://www.twitter.com/TSCB/) my marketing efforts were specific to small company owners and managers, and targeted only to people located in the United States.  Since setting up my Twitter account I have expanded my web site’s reach to include the UK, Western Europe, Canada, Mexico, India, and North Africa.  In addition, I am now being followed by business magazines, Internet radio stations,  published business columnists, and multiple media groups—several of which will hopefully syndicate my content some day.  Left to my own devices, I could have never generated this level of interest in such a short period of time.

Second, setting up a company-based Twitter feed will give your organization a new channel to reach its EXISTING contacts as well.   If you’ve been in business for more than a couple of years, it is likely your core group of customers and prospects has received dozens of emails, newsletters, phone calls and direct mail pieces from your company.  Giving these loyal followers one more clever (and somewhat trendy) way to hear from you can do nothing but increase the read-rates of your marketing messages.

In terms of growing a business database through Twitter, there is one BIG red flag small companies need to be aware of: half of the people who follow your company feed will have no intention of ever buying anything from you.  The fact is, no matter how you approach your company’s Twitter strategy,  having professional ‘followers’ (who want nothing from you but a follow-back) in your list is nearly unavoidable.  But as long as you understand and accept this going in—and focus your efforts on the followers who are serious—a corporate Twitter account could be a huge benefit to your growing organization. 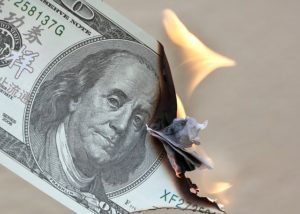 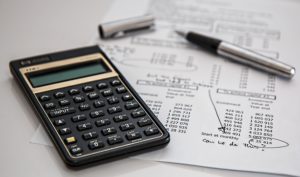 Tips for a Tough Economy: Marketing on a Small(er) Budget 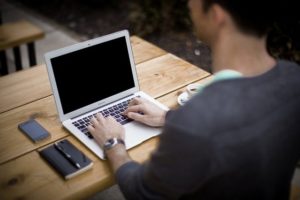 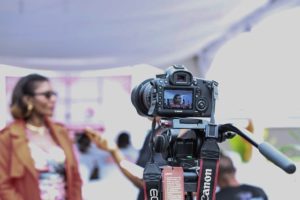 Twitter for Small Business: An Interview with Shannon Evans