Although it has only been a year, it seems like an eternity since I made the semi-life changing decision to become a blogger.  I had always dreamed of writing for the masses—showing people how smart I was, how clever I could be, and how many things I learned during my years in the working world.  Blogging appeared to be the next logical step in a career as storied and successful as mine, and I was ready to pass on my experience to anyone who could benefit.  After all, no one on the planet had seen what I had seen, or done what I had done.  At least that’s what I told myself.

Fast-forward to today, and it appears I am not exactly taking the blogosphere by storm with my 1300 Twitter followers, 2100 RSS feed subscribers and 10,000 monthly page views.  But on the bright side, there are plenty of people doing worse than me.  Hopefully.  So to celebrate my first full year of blogging I decided to take a look back, in an attempt to answer the question “How did I  become the extremely average blogger I am today?”  This roadmap is short, easy to follow, and absolutely free to anyone striving for blogger mediocrity.

Step 1: I Chose a Domain Name.

This step was not only the easiest, but also the most fun.  I spent about two hours messing around with the domain name search function at GoDaddy.com (top right-hand corner), until I finally came up with a domain that wasn’t already taken.  In retrospect, I wish I would have chosen something a bit more creative (read: less obvious).  But domain names are cheap, and I can always pluck someone else’s great idea off of the expired domain name pile some time down the road.

Let’s get something straight: I enjoy ogling Danica Patrick in a tank top as much as any other guy who is attracted to short, bitchy, high-maintenance women.  That said, I had some concerns that GoDaddy.com might not be able to properly host a website that doesn’t involve girl-on-girl action, cork-heeled stripper shoes or massive amounts of cleavage.  So I chose the Standard Hosting Package from Network Solutions, for the low price of $9.95 per month.  Pros: quick setup, easy FTP access, and a proactive and knowledgeable customer service department.  Cons: slow WordPress upgrades (still forced to use v2.5), sorely inadequate web stats, and separate logins for EVERYTHING.

For those of you who have never dipped a toe into the raging river that is the blogosphere, trust me when I say that a blogger’s three worst nightmares are as follows and in this order: 1) having your blog crash BEFORE you back it up, 2) watching your content get ripped off and monetized by some dirt bag affiliate advertiser, and 3) running out of things to say.  In an effort to avoid number 3, I cranked out two months worth of articles before I actually activated my blog, on the off-chance that a nasty case of writer’s block was headed my way.  In retrospect, this was one of the better decisions I made as a blogger.  Not because I eventually suffered from writer’s block, but because I often lack motivation to write.  Maybe this blogging thing wasn’t the best idea . . .

Step 4: I Switched to a Better Theme.

After running the wheels off of ‘Wordpress Default’ for the first six months, the blogging world literally opened up to me when a friend turned me on to WordPress Themes.  Between hundreds of themes available for free on the WordPress site and thousands generally downloadable on the web, I was able to find six themes centered around my favorite color orange, and narrowed it down to one that had all of the features I wasn’t getting in WordPress Default—like configurability, a header graphic, a color palette with more than one color, and general visual appeal.  If I made one mis-step here, it was underestimating the amount of time it would take me to switch themes.  Depending upon the structure of a blog, uploading a new theme can be the equivalent of a full-scale site redesign.  Don’t ask me why I know that.

Step 5: I Installed Some Useful Plugins.

One of the best parts about using a WordPress blog is there are literally thousands of people out there developing little pieces of functionality that can be ‘plugged in’ to your blog with very little effort.  Sure, there are plenty of stupid plugins out there (the plugin that replaces a spammer’s Avatar with a douchebag is one of my personal favorites) but there are also many with legitimate business uses. In my case I started with the All In One SEO Pack, which all joking aside has made a HUGE difference in my web traffic.  I then added plugins for Statcounter (a free web stats tool) and Sphinn (a social bookmarking site for web marketers), and finished it off with one of the most popular plugins of all time: YARPP (Yet Another Related Posts Plugin).  After running all of these together for a month or so, I eventually hacked the Sphinn plugin and added code for Retweets and Stumbles . . . which shut down my RSS Feed for 16 days, AND locked my WordPress editor in “HTML Mode” for almost two months.  Did I mention I’m still in the process of learning PHP programming?

So in a nutshell, that’s how I did it.  If you have any additional tips for becoming a mediocre blogger in the first year, please reply to this post. Otherwise a Retweet, Facebook Share, LinkedIn Share or other type of social share (handy buttons provided) would be greatly appreciated.  Thank you! 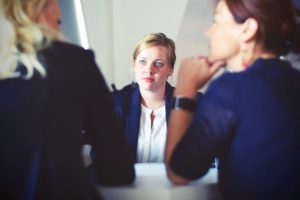 Why Do I Work for a Small Company? 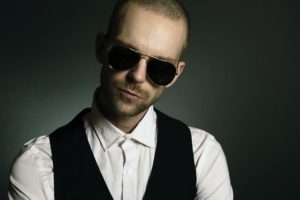 Book Review: What Every BODY is Saying: An Ex-FBI Agent’s Guide to Speed-Reading People 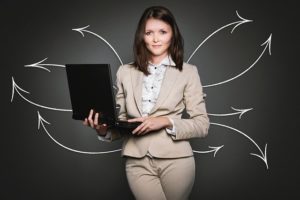 33 Changes for the Small Company Manager 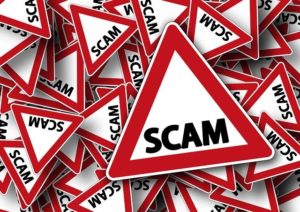