For those of you who are regular visitors to this blog, you no doubt have noticed two points I often go out of my way to make: 1) that the keys to success in a small company are markedly different than in a large one; and 2) that working at a small company is more fun, more challenging, and ultimately more financially lucrative than working for a Fortune 1000 firm.  By now, the first point should require no further elaboration or commentary.  But I still get dozens of emails in debate of the second point (specifically the part about the money), so in response to all of you who disagree, I offer the following true story.

A few years back I worked with a guy named Chris.  While Chris was in college, he landed a job as a marketing intern at a small, three-owner software company, and parlayed his internship into a full-time marketing job after graduation.  Over the course of the next 13 years or so, Chris worked his way through the ranks and eventually became Vice-President of Marketing.

Then one day, the owners of the company stepped aside and decided to make Chris the CEO—at the ripe old age of 37.  Over the next five years Chris was instrumental in transforming the company from a sub-$10 million per year entity into a $40 million industry powerhouse, which caught the attention of a multi-billion dollar Fortune 500 company.  The Fortune 500 firm eventually purchased the software company for what was rumored to be $85 million and change, and at the age of 42 Chris and his employers retired, and rode off into the sunset with multi-million dollar bankrolls and absolutely nothing to do with their time.

Although the owners have remained out of the spotlight, about every three months or so I see Chris’ face on the front page of the Business Section, in an article featuring his new venture capital firm and their acquisition of yet another local technology company.  Predictably, he is always smiling.

This is a great story—not only because it actually happened, but because as small company managers and owners we now have proof there are options to grinding out a middle-management career at a multi-billion dollar firm.  With risk and unpredictability come great rewards for some; rewards that include millions of dollars, financial independence and early retirement.  How many mid-level managers at Intel, Oracle and Walmart can realistically look forward to that?

Is it a Lead or Not? Getting Marketing and Sales to Agree 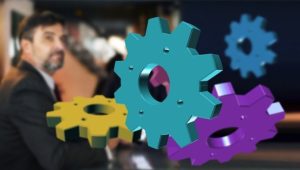 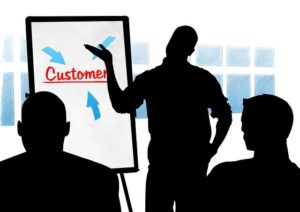