If given the opportunity, one would be hard-pressed to find a marketing channel that evokes a more polarizing reaction among professional marketers than Twitter.  People who get paid to market for a living (the ones with things like degrees or experience or both) are rarely in the middle on Twitter: they either love it, or they go to bed each night hoping social networking’s newest golden goose dies a violent and painful death.  After writing a number of Twitter-related posts—and reading dozens of angry letters from professional Internet marketers—I have assembled a list of 17 reasons professional marketers hate Twitter.  I hope you enjoy them.

1. Any Idiot Can Do It.  And Any Idiot Does. If you selected ten “Twitter marketers” at random and followed the links back to their websites, you would no doubt be treated to a disturbing mix of ill-conceived designs, bad formatting, poor grammar, and instructional videos shot in dark basements—four things that would get real marketing people banned from the profession for life.  Allowing anyone with an Internet connection to use Twitter for marketing purposes is like issuing driver’s licenses to 8-year olds.

3. Oprah and Ashton Like It. The interesting thing about marketing people, especially Internet ones, is they love to claim they knew about something before it was considered trendy by the mainstream.  Internet marketers are the ones who like songs until they get radio play, drink micro-beers no one has ever heard of, and refuse to eat at chain restaurants.  The bottom line?  When Larry King starts Tweeting, it’s just not cool any more.

4. Pyramid Schemers and MLMers are Ruining it for Everyone Else. As of today I have just under 1,000 Twitter followers, and I follow about 1,050 people as well—the 1,000 people who follow me, and 50 bloggers and news organizations of my own choosing.  With this in mind, as I look at my Twitter inbox I count 17 Tweets out of a possible 20 offering me either a) easy money, or b) thousands of Twitter followers in a short period of time.  While Internet marketers try to run legitimate web sites designed to help companies grow, con artists and grifters make it nearly impossible for people to distinguish between our information and their spam.

5. Twitter’s Response Rates Make Direct Mail Look Interesting Again. Like many of you reading this post, I track and measure everything I do from a marketing perspective.  Through my first 100 Tweets, my response rate is exactly .21%.  As a warning, do NOT read this as 20%, or even 2% . . . this is TWO-TENTHS of one percent.  Or to put it another way: for every 1,000 followers I have, exactly TWO click through whenever I post a new article.  Two.  To match an average direct email campaign my Twitter hit rate needs to increase by 10 times, and over 100 times to meet the performance of my newsletter.

6. From a Business Perspective, Twitter is Basically a Mall with No Customers. How much time would you need to come up with the name of just ONE company who set up a Twitter account for the purpose of buying things?  A minute?  More like a month.  Among the millions of businesses on Twitter, one rule applies: everyone has an angle, and no one has any money.

7. No One Tweets Original Content. I realize stating “no one” writes original content for Twitter is a bit of an exaggeration, but anyone with a business-related Twitter account knows that 90% of the Tweets they receive are quotes from tip-a-day calendars, personal observations (”I like the color red.  Do you?”) and re-reports of breaking (and not-so-breaking) news.  On Twitter, writing from scratch is not just a lost art—it is frowned upon.

8. Twitter Users Have No Self-Discipline. Have you had your Twitter account for more than a week?  Congratulations!  You already have at least a dozen followers who  send six Tweets in rapid succession multiple times per day, or send one Tweet every 20 minutes like clockwork.  The attention-getting philosophy among businesses who use Twitter is straightforwardly annoying: create enough noise to be noticed above everyone else who is doing the same thing.

9. Everyone Follows Everyone. From an Internet marketing perspective, the biggest flaw in Twitter’s design is that in almost all cases, the only way to build a follower base is to follow others.  And when the temptation to indiscriminately follow other people is too much to resist, the most important component of target marketing—demographics—gets flushed right down the toilet.

The Honorable Mentions: 10 thru 17

Before I wrote this post I asked some fellow Internet marketers to send me a few reasons they hate Twitter, and ended up with nearly 50.  Below are a few of my favorites—some serious, some clever, and some painfully true.

12. Most of the people on Twitter are really ugly.

13. Too many add-on applets to maximize your experience, and I get confused very easily.

14. The hash tag search is full of spam.

16. Can’t tell if the girls are actually hot or not.

17. The dude that Tweets by farting into his office chair.  Enough said.

If you are an Internet marketer and would like to offer your own reason for hating Twitter, please reply to this post and I will add it to the list above—along with your name (or Twitter username) and a link to your site or blog if you provide them.

15 Things I Did When My Blog Was Hacked: A Recovery Plan 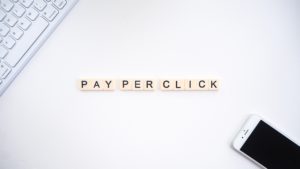